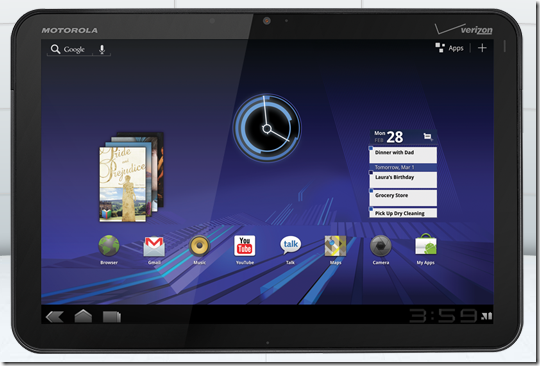 After a lot of teasing, Motorola has finally announced the first Honeycomb tablet – Motorola Xoom. With Xoom, Motorola has decided to go with a 10.1-inch screen and vanilla Android 3.0 Honeycomb. The tablet is powered by a dual-core Tegra 2 processor running at 1GHz and has a 1GB DDR2 RAM.

The 10.1-inch screen sports a resolution of 1280×800 and has the scratch-resistant Gorilla glass. The Xoom has a front facing and a rear camera – the 5MP rear camera is also capable of recording HD video. The dual-core processor enables the Xoom to play back HD video at 720p or output it at 1080p through HDMI or DLNA. 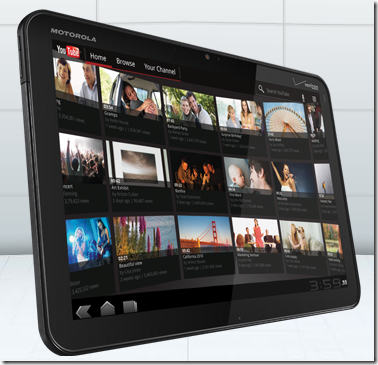 Motorola Xoom is expected to be available in the first quarter of 2011 in the US in two versions – 3G and WiFi. The 3G version is also said the be upgradable to 4G. There is no word on the price yet.