Yesterday HP launched its long awaited webOS tablet, dubbed the TouchPad. The tablet, launched along with Pre 3 and Veer, looks almost exactly like Apple’s iPad. However this tablet is not an iPad wannabe. Under its 9.7-inch screen, it packs some serious punch. 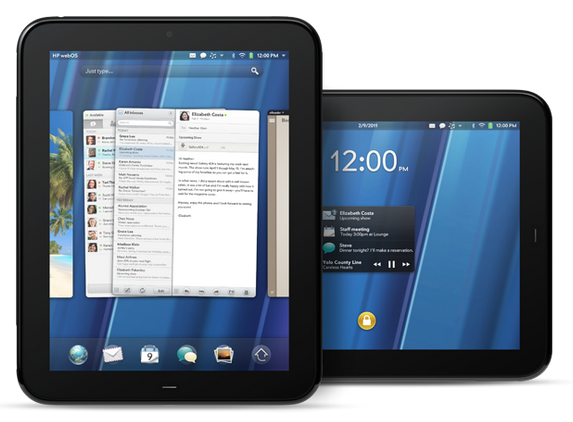 The TouchPad is powered by a 1.2 GHz dual core Snapdragon processor and has a 1GB RAM. Unlike the phones released yesterday which runs webOS 2.2, the TouchPad runs webOS 3.0. One of the main features of webOS 3.0 is “true multitasking”. HP did not forget to take a stab at Apple by saying “Multitasking was not an afterthought, it was a design principal from day one”. Obviously a reference to Apple which shipped iOS without multitasking but was later forced to push out an update with a hackish-multitasking when Android got that feature. 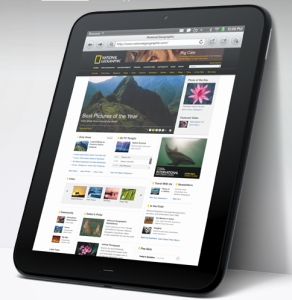 Another nice feature in the TouchPad is that users can increase or decrease the size of the virtual keyboard according to their preferences. And of course as we have mentioned earlier, the TouchPad has some tricks up its sleeve if you have the Pre 3 as well. The Touch-to-Share feature allows the TouchPad to exchange informations such as URL, documents etc. with the Pre 3 by simply touching the devices. It is also capable of receiving phone calls and texts sent to the Pre 3.

Of course Apple is releasing the iPad 2 later this year and no doubt it will have some improvements over the original iPad. However, the TouchPad seems like the device they need to beat right now. HP’s marketing prowess is far greater than that of Apple and there is no doubt that they will use every resource available to push the TouchPad. This of course assumes that HP will keep the price comparable to that of the iPad, unlike Motorola which priced the Xoom way too high. The TouchPad indeed tools like the iPad killer we talked about last year.

HP will start shipping the Wi-Fi version of the TouchPad this summer with the 3G and 4G versions coming later.