ASUS is gearing up to show off a whole new range of tablet PCs at the upcoming CES 2011 under the banner of their “EEE” brand. What we have come to know till date is that the tablets would be called – the Eee Reader, Eee Note and Eee Pad. Looks like ASUS is playing it really safe and has only made public the chalk designs of a 12inch slate tablet. 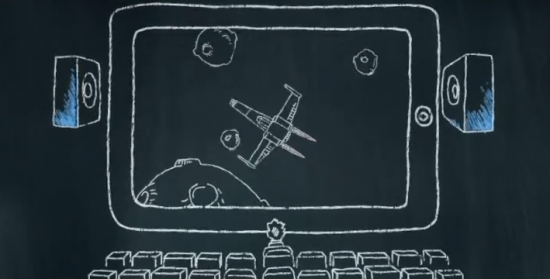 As shown in this video below, the ASUS EP121 tablet pc / pad sports a 12-inch multi touch display, HDMI support, USB port, SD card reader, web camera. The tablet also lets you play videos in full HD. Another surprise is that the EP121 tablet is powered  by the Core i5 processor. Apart from this ASUS  will also show off two 10-inch EEE Pads – based on Windows 7 and the Android Platform.

Apart from this, ASUS plans to give DELL’s Streak a competition with it’s 7-inch Android EEE Pads powered by a Tegra 2  processor or Qualcomm chip and having telephony (of course). Well, the tablet scenario looks so nice for the year 2011 and remember we have already told you that ultra thin laptops are going to rule the portable PC scene in 2011!