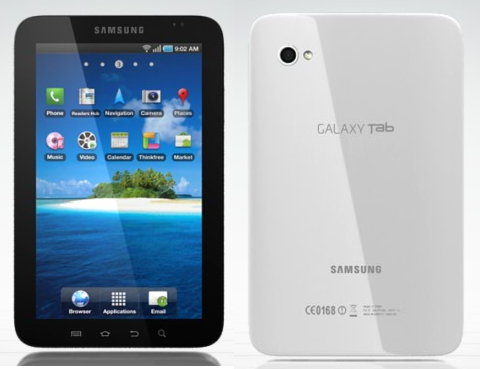 Will it really be an iPad killer? The specs does seem impressive but we can only speculate now. The Galaxy Tab has a 7-inch 1024×600 TFT screen. No Super-Amoled here unlike the Galaxy S. It has a 1GHz Cortex A8 processor and runs on Android 2.2 “Froyo”.

Here is the detailed specs:

And by the way, I am really digging the white back.