Looks like Lava mobiles are bang on innovation. After their handset, Lava B5 mobile became the first ever handset to ditch the QWERTY keypad format for the standard ABCDEF (alpha), Lava has now introduced another first to the B5 mobile handset by incorporating the all new Indian Rupee Symbol on the mobile phone keypad. 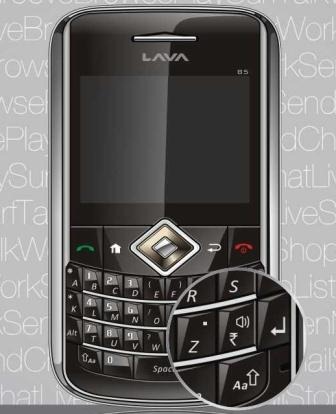 During the launch of this special edition, the Co Founder and Director of Lava Mobile, Mr. S.N Rai said that it was a challenge to ensure that Indians can type the new rupee symbol long before than the anticipated time. The currency symbol on the keypad of their mobiles will definitely make millions of Indian proud. Thanks to pluggd.in for the tip.