The J-SH04 was the world’s first ever mobile phone to have an integrated Digital Camera having a photographic resolution of 0.11 mega pixel CMOS and a 256 – colour display. It was was released in November 2000 (almost 25 years after world’s first Digital camera was launched) and was only available in Japan. 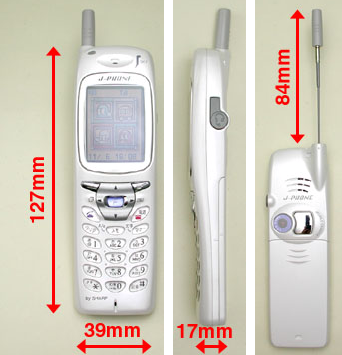 The phone weighed 74g and had dimensions of 127 × 39 × 17 mm respectively. It was also one of the first phones in the world to be “modern” alike and was succeeded by the J-SH05 flip phone, which was released just after a month.