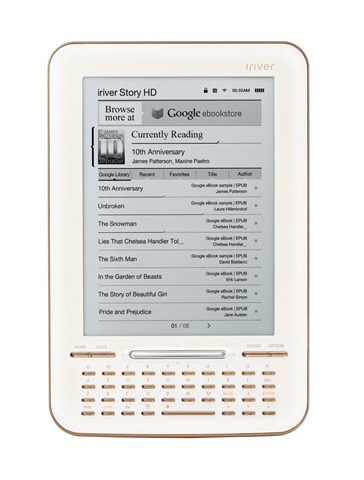 Google has announced that on July 17, the first e-reader with Google eBooks integration will go on sale at Target for $139.99. The e-reader is manufactured by iriver and is called the iriver Story HD.

The iriver Story HD is slim, lightweight and has a qwerty keyboard. It also has a e-ink screen to maximize battery life.