The light colors like pink and white are colors for the ladies (well, guys can use them too if they want to). So, if you have been waiting for long to get your hands on a white colored edition of the super smart phone – Samsung Galaxy S2, then your wait is finally over. 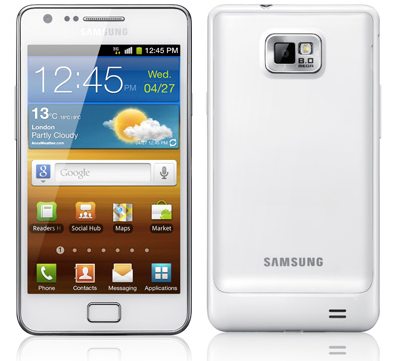 The White version of the Samsung Galaxy S2 has now been confirmed to be released in the UK on September 1, 2011 (around one month from now). Samsung Galaxy S2 has already been another hit smartphone from Samsung like the first generation Galaxy S. The huge success of S2 can  be gauged by the fact that 3 million units of the device were sold withing 55 days of launch.

The specs and features of the White Samsung Galaxy S2 are similar to that of it’s Black counterpart:

The price of the White Galaxy S2 is said to be around US $ 667 (Approx. Rs. 30,000/- in Indian Currency) for an unlocked version although you might get a better deal with your carrier instead.