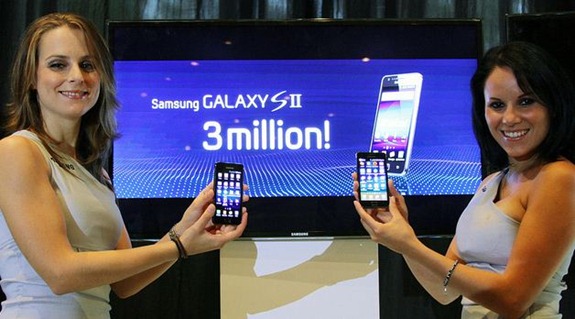 Samsung has announced that they have sold 3 million Galaxy S 2 phones in only 55 days – a full month shorter than the time it took for the Galaxy S to reach that milestone. Just to bring the number into perspective, 3 million sold in 55 days means roughly one Galaxy S 2 sold every 1.5 seconds.

When the Galaxy S 2 was released, Samsung announced that they plan to sell 10 million units by the end of the year. It looks like they are very much on track to achieving that.