Samsung To Launch A Flip Phone With Flagship Features 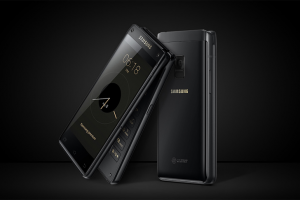 The Leader 8 has a Snapdragon 821 processor, 64GB of expandable storage, 4GB of RAM, and a 2,300mAh battery. It is expected to give an outstanding performance. It comes with two screens – one on the front, and one on the inside. The phone supports wireless charging, Samsung Pay, S Voice, and Secure Folder.

Samsung has not announced the pricing of the smartphone yet; rumours are that it will be made available with China Mobile in the country.