Syncing your Android Phone with Google / Gmail is the best thing to do if you are an Android phone owner. And you you have not set up sync already, you must enable it to make sure all your contacts are synced with Gmail so that if you happen to lose your phone ever, the contacts will still be safe.

Earlier today I was helping my dad with his new Android Phone – Samsung Galaxy S Duos where he encountered this issue of not being able to save all the existing contacts in the phone on to GMail. Although, the new contacts were getting added to GMail contacts but the older ones (which were brought into the device from his earlier mobile phone)  were not getting synced with his GMail account.

First I was under the impression that something might have gone wrong with the sync settings. So I quickly opened the Sync settings from Settings > Accounts & Sync only to find out that Google Sync was turned ON for contacts. So, what might have possibly gone wrong?

I checked on some forums and portals online but most of them have talked about using an SDCard export way of doing it and I felt this was a way bit too cumbersome.

Instead, what I did was I opened the Contacts app again on the phone and hit the settings button, then in the menu that popped out, I noticed an option for Merging accounts (as you can see in the screenshot shown below). 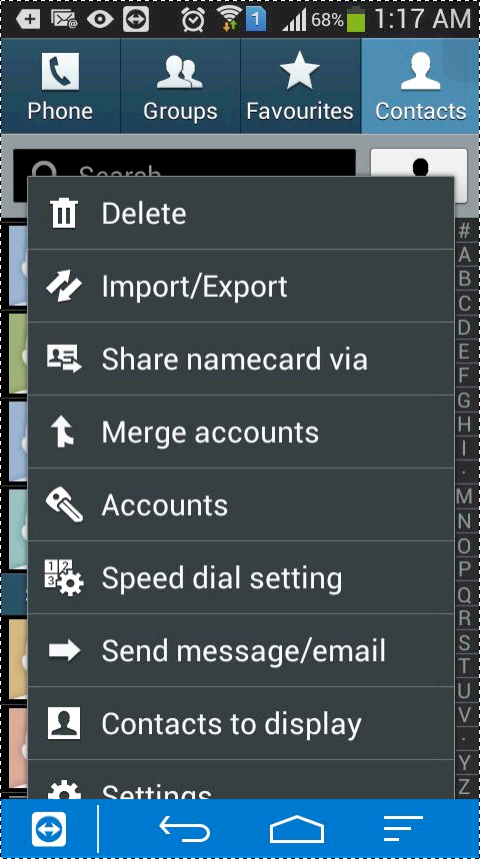 On tapping the Merge Accounts option, I could see a new screen that listed two new options – Merge with google and Merge with Samsung. I got a hint that this was it. 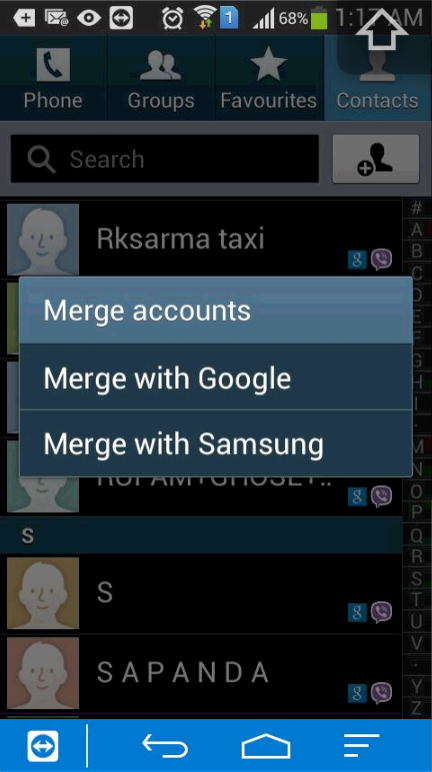