If you have not followed the updates, ‘Boot to Gecko’ is an Operating System being developed by Mozilla for mobile phones in specific. The idea was out sometime around July last year and this did not officially come out in the MWC 2012 too.

Boot to Gecko runs simply on Linux Kernel with no sign of Android; the experience will be web-based but the feeling you get is completely different. User Interface will feature all the common ingredients like the phone dialler, SMS platform, etc. Importantly for such OS, the app store is directly the web and this will be coming out at lower price affordable by all sections of people. 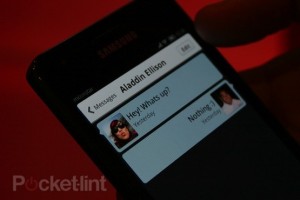 Mozilla has already announced that it would be partnering with Telefonica and Deutsche Telekom to feature Boot to Gecko and these models are expected to hit the market some time in Q4, 2012. Apps can be used on any modern browser available and it is simply the mobile ecosystem accessible to everyone.

Price of the gadgets carrying this OS will be interesting and if this provides all the benefits an Android would do, well, Mozilla will be the centre of attraction.