It is not even a week and news about another Apple product is in flow! After the successful launch of third generation iPad with LTE support, it is now rumoured that Apple will be coming up with LTE iPhone in 2012 according to a source.

It is expected that the new model will be coming up in the second half of 2012 much to the boost of LTE models and the company is expecting an increase in sales to touch a figure of 45 to 50 million for the year. 4G LTE phone sales stood in the range of 25-30 million. 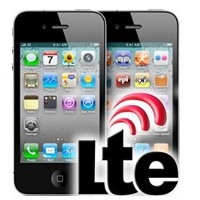 Seeing the release of Apple’s tablet with tablet, this rumour might very well be true. But for a worldwide release, LTE should resolve its universal band compatibility.

There are some talks going on about a better processor and a bigger screen size in this year’s iPhone. What do you expect about the next gadget? How do you want the price range to be? Do let us know…