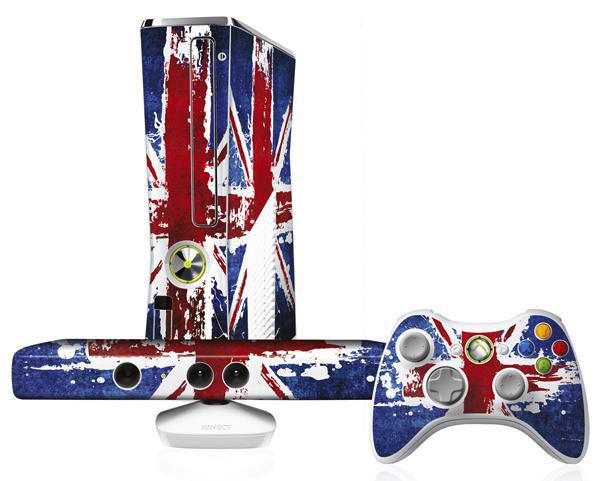 Microsoft has launched this special XBOX 360 Union Jack edition, just prior to the London Olympics 2012 and her highness, the Queen’s diamond jubilee. This is a special celebration pack and will be up for sale for a limited time period.

The entire package consisting of the XBOX 360 Union Jack gaming console (4GB Version), one wireless controller, a kinect motion sensor and two games (Kinect Adventure and Kinect Sports) comes at a special bundle price of £249.99 (which is approx. Rs. 21,290 in Indian Currency or 405 US Dollars)

Apart from these you also get access to XBOX Live Gold content for three months at free of cost. This is a great collectors edition item not only for people in the UK but for all users worldwide.