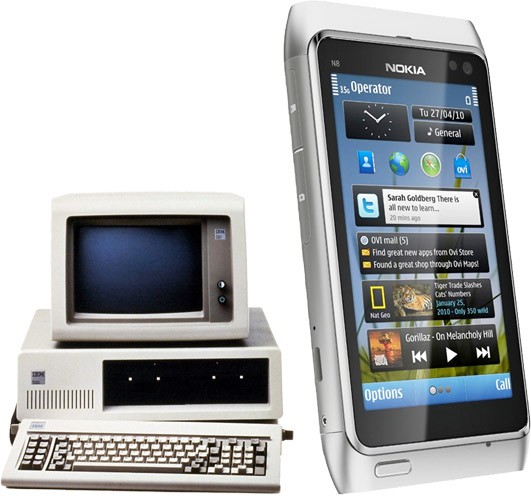 The International Data Corporation(IDC) came up with an exciting piece of stats. In Q4, 2010 the smartphones- our new PC’s whooping 100.9 million units were sold! In this three month period the traditional computer sales were surpassed for the first time in history – They were 92.1 million during the same quarter. Yearly totals jumped as well from 173.5 million smartphones in 2009 to 302.6 million, a 74.4% increase.

And, if we compare this to our old darling PC you will be surprised! The PC’s sales have increased by 5.5% only! That’s something like FB and orkut…Where I guess you can identify who is who easily 😉

Also, have a look at these tables for top smartphone vendors during the period:

With excerpts from: Engadget and Slashgear.