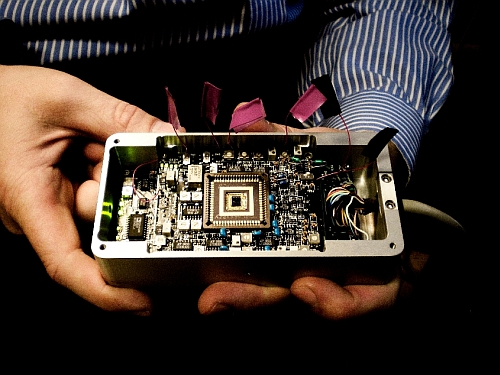 Guys at HP labs have successfully developed new sensors which, according to them, are a thousand times more sensitive than current sensors available in the market from other players. These accelerometers will be the key component of HP’s ‘Information Ecosystem’, HP’s take on IBM’s ‘Smarter Planet’ networked sensor platform. HP adds that the use of these sensors will lead to better decision making and hence more efficient utilization of resources. HP plans to target both large scale industries as well as consumer products with these sensors and hopes to consolidate its position as the world leader in MEMS (micro electro mechanical systems). Shell Oil will be its first customer, where these sensors will be deployed for oil exploration and drilling purposes.

HP has also gone on a self-integration drive with this CeNSE (Central Nervous System for Earth) offering. Every single component of these systems, like the sensors, data servers, softwares etc are HP products and the overall system will be monitored by HP consultants. All in all, it seems like HP is actually living up to its tag line – ‘HP Invent’.