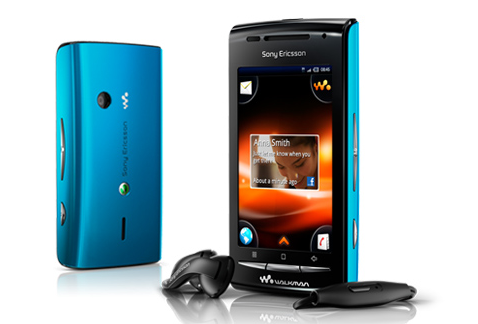 Sony Ericsson’s popular Walkman series of phones now officially includes Android phones in its line up. Announced earlier today, the Sony Ericsson W8 is the first Android based phone in its Walkman series. Its specifications pales in comparison to some of the newer Android phones being released recently. However, this phone is clearly not aimed at the high-end market.

The Sony Ericsson W8 runs on Android 2.1 with a version of Timescape UI, tweaked to provide a more music oriented experience, on top of it. Given Sony Ericsson’s history of updates the fact that this phone is running Android 2.1 is a bit worrying. The W8 has a rather modest hardware which consists of a 3-inch screen, 600MHz processor, 168MB RAM and a 3.2MP camera. However, being a music phone, the Sony Ericsson w8 will come with a set of Sony Ericsson’s premium MH410 earbuds.

The Sony Ericsson W8 is expected to be available in Asia in the second quarter 2011 in various colors. There is no details of the price yet – but we expect it to be aimed at the lower end of the market.