With MWC starting in a day, we are hearing about more models ready to hit the market from this show. It is time to hear about a laptop from a company called Novero ; the company would be releasing a 10 inch laptop with a flip rotating design that runs both on Windows 7 and Android. 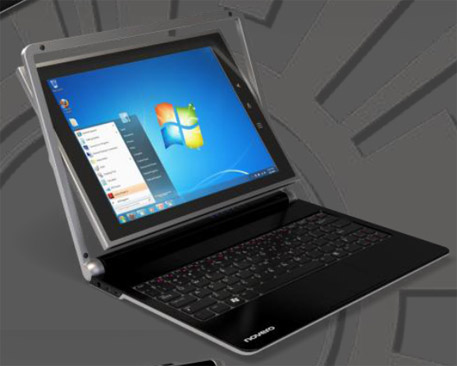 Frankly speaking, in this competitive world, it has become tough for the existing companies itself to survive. According to me, there is no harm in releasing products by newer companies but they will be encouraged if those gadgets have some unique feature on board.

Coming back to the 10-inch model, this will be running in Intel’s dual-core Atom processor which largely helps for office stuff and nothing more. There is built-in camera, stereo speakers, microSD memory slot and Wi-Fi connectivity too. Hard drive space is very less of about 64 or 128 GB.

The notebook or you can call it to be tablet too; will be weighing light around 1.3 Kg and for a configuration of 64 GB hard drive, the price is Rs. 35,000! It is definitely on a very high side and more availability details will be out from the MWC 2012.