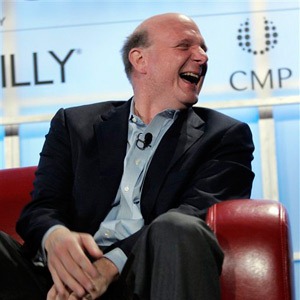 Microsoft’s Windows Phone has not been successful. In fact, considering the pre launch hype and advertisement, it has been a dud so far. However, it seems like Microsoft is not bleeding in the mobile in the mobile industry. They have been having a very good income source from an unlikely source – Android.

Yes, that is right Microsoft is making money off Android – as much as five times that they made from Windows Phone.

According to reports from Citi analyst Walter Pritchard, HTC pays Microsoft $5 for ever Android phone they sells. That does not seem like a lot. But the total is quite a lot.

HTC has been reported to have sold 30 million Android phones in the US. That means that Microsoft has earned $150 million from HTC’s Android phones. Compare this to what they have earned from Windows Phone 7. Manufacturers pays Microsoft $15 for every license of Windows Phone 7 – that is $15 for every phone. According to reports, only 2 million devices running Windows Phone 7 has been sold. That means Microsoft has earned only $30 million from its platform – five times less that what they are earning from Google’s platform.

As an Android user, it is sickening to know that Microsoft is milking Android to probably fund its Windows Phone effort. I like it that the other manufacturers like Motorola and Barnes and Noble are fighting Microsoft. If Microsoft truly believe that Android infringes upon their patents, they should take up the issue with Google itself instead of suing the manufacturers. Maybe Google should take up this matter personally.