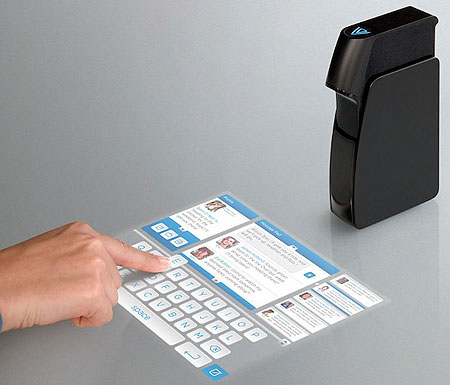 We have all seen many types of futuristic touch screen interfaces projected on walls and other thing in sci-fi movies. In the ongoing CES 2010, a little known company called Light Blue Optics has unvieled a device which takes us one step closer to such a device.

This device has been named a CES Innovations Honoree in the Media Player and Personal Electronics categories in CES 2010.

Some other details of the device are:

You can check out the video of Light Touch below.