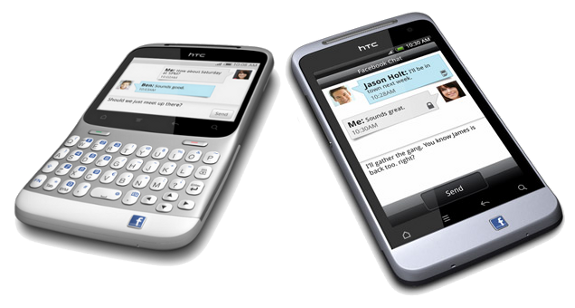 Remember the HTC phones with Facebook integrated in an interesting way? Well, HTC has finally released them today at the Mobile World Congress.

Both these phones are powered by a 600MHz and has 512MB RAM. They come with 512MB of ROM onboard and the storage can be expanded using microSD cards. Both the Salsa and ChaCha have a 5MP camera and a VGA front facing camera for video calling. Both runs on Android, although it is not yet clear which version. The battery, though, is different. The Salsa has a 1520mAh battery while the ChaCha has a 1250mAh one. However, the battery life is not significantly different as the ChaCha has a smaller screen.