The app that has been missing from the Android market is the official Skype app. Well, the drought might end this year when Skype launches an Android app. And the best part is , it will come with video calling. 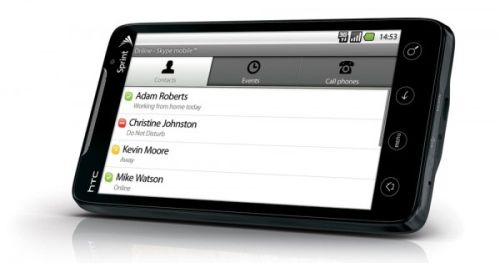 Skattertech had a chance to meet the Skype team and discuss regarding the same.

Skype envisions a world where video plays a larger role in the way we communicate. The next generation innovation involving video calling will not be bound to the computer. We’re seeing a proliferation of video calling shared between all kinds of connected devices. It’s on computers (today 1/3 of all calls on Skype happen via video), televisions (Skype bringing video calls to living rooms via Panasonic, Samsung & LG partnership), and it will eventually be coming to mobile devices too. We’re betting big on video, and we intend to set the bar on mobile video calling, and it’s something we’re going to do this year. We will be bringing a direct to consumer app to the Android marketplace later this year. This application will be available for all consumers globally to download regardless of carriers. (i.e. similar to how we offer the iPhone app today)

Skype already offers an Android app for Verizon customers, so this new app is expected to hit the market.