It seems Nokia has been really working hard to come out with a proper reply for its competitors. And now we are convinced that it indeed has. Rumors about newer, better Nokia phones were floating around for quite some time now and finally we have the confirmation. Presenting the Nokia N8 (read Nokia N800) or the N98 (Sorry, but we seriously don’t know what it is actually or supposed to be called). Guys over at BeGeek have come out with initial pics of , what they are referring to as, the N98. 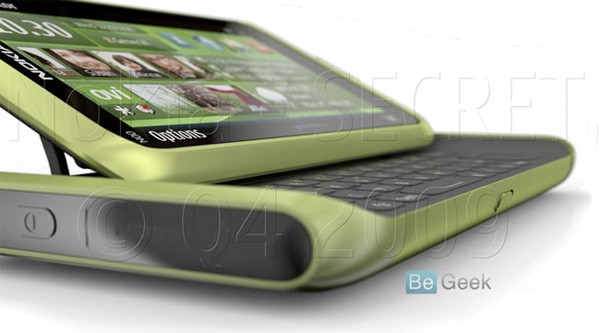 Confused ? Even we are. Lets rewind what has been happening. Rumors suggested that an N8 model with 3.5-inch capacitive display, 12 megapixel camera, 720p video recording, DivX support, HDMI output, running the all new Symbian^3 is likely to be launched this summer. And now, these BeGeek guys have come out with pics of a never-seen-before Nokia phone, which they are calling the N98. N98 features 4-inch capacitive screen, 32 GB internal memory and sports an HDMI logo. It will be launched this summer and will be available for $600 approx.

Does the bell ring ? Yes, it is quite likely that all these information might be pointing at the same phone. Whatever it is, Nokia will be removing the confusion at the upcoming MWC. Keep your fingers crossed till then.

Meanwhile there has also been some fundamental changes in Nokia’s naming convention. Old names like Classic, XpressMusic are out and the following are in.