Looks like the year 2010 is going to be the Android year, with most of the phone makers opting for the Google made OS. HTC has made it clear that it will run Froyo as the operating system for their smart phones.

HTC said, the models that are launched this year will be upgraded to Froyo, but did not mention about those launched in 2009. 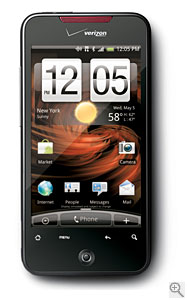 According to HTC, “if your phone was launched this year [2010], we will most likely offer an upgrade for it to the Froyo version. This includes popular models like the Desire and Droid Incredible as well as hotly anticipated phones like the Evo 4G, My Touch slide and upcoming models. We will announce a full list of phones and dates once we are closer to launching the upgrades. We are working closely with Google and our other partners to ensure we have the earliest access to everything we need to provide a complete and solid Sense experience on Froyo. We expect to release all updates in the second half of this year but can’t be more specific yet.”

Google officially announced the Android 2.2 last Thursday which is code named as Froyo. It has some awesome features like WiFi Tethering, mobile hot spot; the mobile browser which as Google says is the fastest in the world.