We have earlier told you about the Google Nexus 2 which will be manufactured by Samsung later this year. However, there are some hints that the Google Nexus 2 may actually have a different name. Androidng recently came across a page on BestBuy, that lists the Google Nexus S device as “Pure Google” and the device would be available for sale this holiday season. 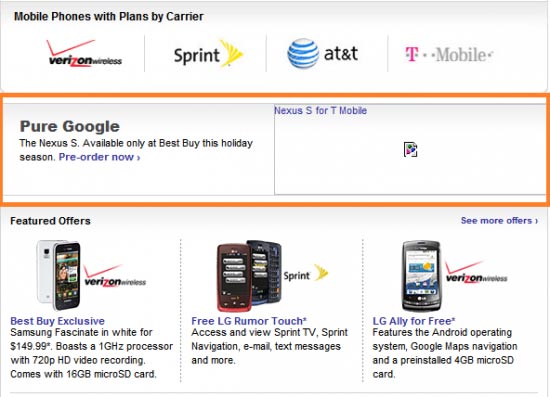 The “S” in Nexus S may have many possibilities, it couls stand for Samsung or Speed or Second (Nexus 2nd). We cannot rule out the possibility of Nexus S as we recently told you about Gingerbread coming in a few days. Lets keep our fingers crossed on Nexus S and lets hope that the device is as awesome as the Google Nexus One!