Rumors have it that RIM is planning a huge comeback in the market with its BlackBerry OS 10 powered mobile phone, called the BlackBerry Blade. The phone has been designed by a company called Pixelcarve from Toronto. BlackBerry Blade has a curved body and a very thin vertical slider. 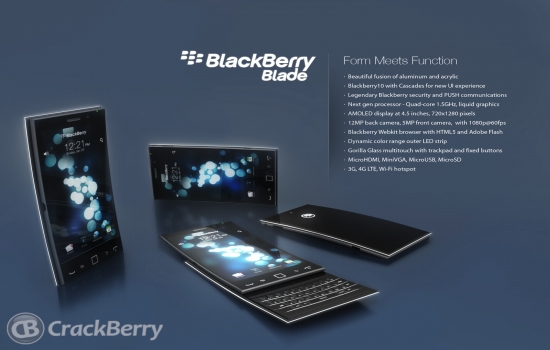 As of now, we do not have event the remotest confirmations of this device from RIM, but we have a strong gut feeling that if this phone takes off well, then RIM might stand a chance of coming back in the market.

Let us now take a look at the rumored specs and features of the BlackBerry Blade mobile phone: