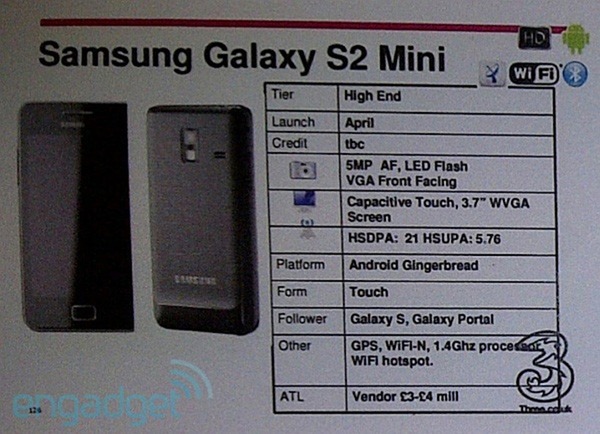 The Samsung Galaxy S has been a very successful phone for Samsung. It is going to be replaced by the Galaxy S2. However, a leaked 3 documents in the possession of Engadget suggests that there is another phone in the Galaxy S series coming up – Galaxy S2 Mini.