HTC Holiday is an upcoming Super Smart Phone device from HTC that has a really huge 4.5 inch touch screen display and is powered by an fast 1.2 Gigahertz processor. An user of the XDA Forums has posted some pictures of a prototype device of the HTC Holiday smart phone. 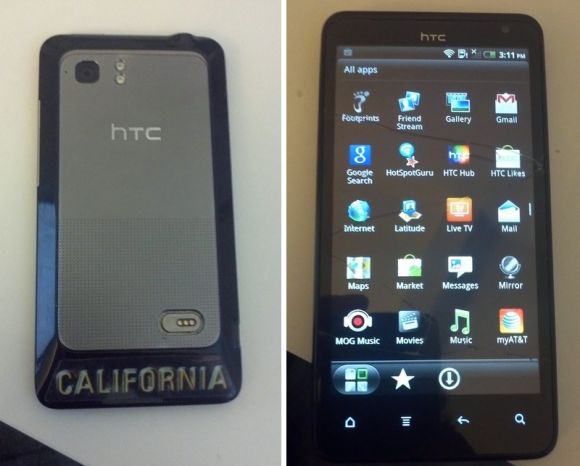 One nice thing about the phone is that it can be charged by just placing it on a charge-mat rather than plugging in a conventional charger in the phone.

Listed below are some initial specs and features of the phone:

Looking at the awesome specs of the phone, we expect it’s price to be somewhere around in the range US$ 650 to US$ 750 (approx. Rs. 29,500/- to Rs. 32,000/- in Indian Currency). Keep checking this space for an updated price quote once the HTC Holiday phone becomes commercially available.